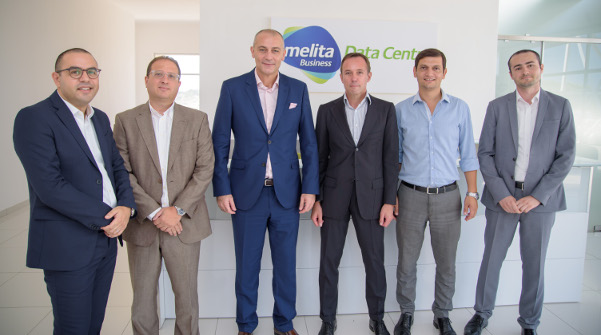 Mr Roesch reported that Melita Business is registering exponential growth in the number of clients choosing Melita Data Centre for hosting and co-location services. When compared to June 2015, the number of client data racks hosted at the purpose built, fully-fenced facility has increased by 100%. Similar growth is expected to continue until the end of the year, especially from companies operating in financial services, banking, remote gaming and ICT industries.

Furthermore, Mr Roesch updated the visiting MGA delegation on Melita’s plans to further strengthen its connectivity to mainland Europe through additional investment in its network capabilities.

Since completing the tenfold expansion of its data centre footprint in 2015, Melita has witnessed unprecedented demand for data centre services from international companies working in Malta as well as home-grown companies seeking reliable connectivity and security. The Melita Data Centre is Malta’s largest data centre facility spread over 10,000m2 and upon completion of its extension in 2015, Melita contributed to doubling Malta’s existing data centre capacity.

MGA Executive Chairman Mr Joseph Cuschieri said, “It is very encouraging to see service providers like Melita investing millions in the country’s ICT infrastructure to service the growing demand for reliable and super-fast connectivity. Through these investments, Melita and other operators ensure that the country’s ecosystem continues to develop sustainably and in a sophisticated fashion, creating a competitive edge over other jurisdictions. Robust ICT infrastructures, together with proper regulated environments, provide the backbone for Malta’s economic development in the digital economy and other economic sectors of the Maltese economy.”

Melita Chief Executive Officer Mr Harald Roesch thanked the MGA Chairman and delegation for visiting Melita’s data centre and said, “More companies are choosing Melita Business Data Centre for its unique, purpose-built facility that meets the very demanding security specifications of multinational companies and time-sensitive transactions. We are concluding plans to prepare ourselves for even bigger demand in the near future as more and more international big names request Melita’s connectivity and infrastructure during the course of doing business out of Malta.”